Surface Capacitive touch screen, that is, its structure is relatively simple. We use a layer of ITO glass as the main body. There are at least four electrodes on the periphery. A voltage is applied to the four corners of the glass to form a uniform electric field on the glass surface. When the user performs a touch operation, the controller can utilize the changes produced by the electrostatic reaction between the human finger and the electric field. The position of the touch coordinates is detected. 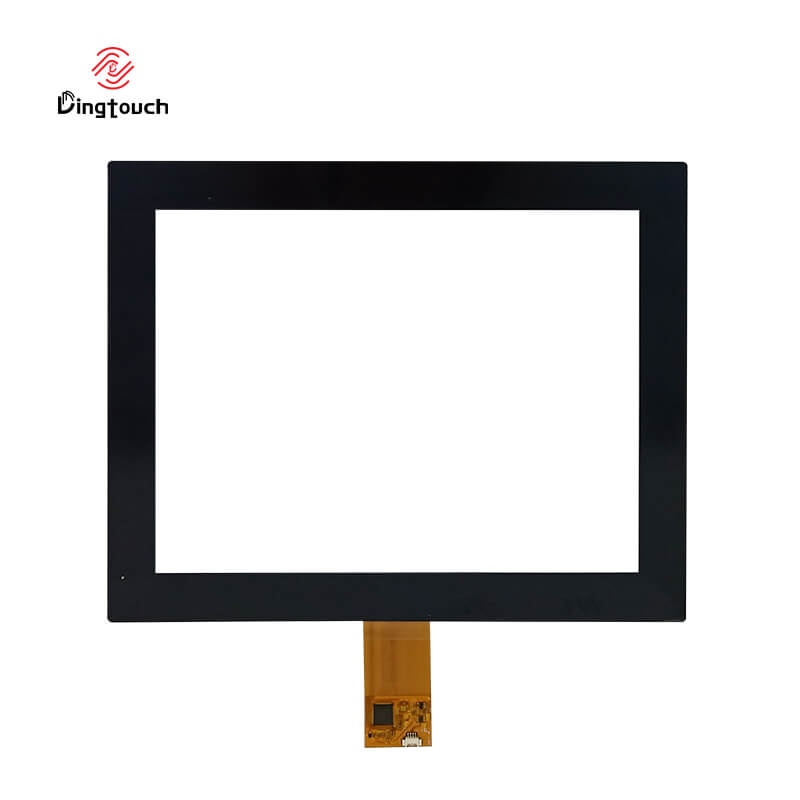 This type of architecture determines that surface capacitive technology cannot achieve multi-touch functions. Because it uses a homogeneous sensing layer. And this sensing layer just aggregates all the signals sensed anywhere on the touch screen into a larger signal. Homogeneous layers destroy too much information. So that multi-touch cannot sensed. In addition, the surface capacitive touch screen also has difficulties in miniaturization. It is difficult to apply to mobile phone screens. And we use them in medium and large size fields.