The Production Of Multi-touch Screen

According to the characteristics of various touch screens, they can be used in different products. For example, portable game consoles and electronic notebooks with handwritten input use resistive type. The portable terminal supporting multi-touch adopts the capacitive type. Ticket vending machines and personal computers that use about 20ine screens are optical. Public information terminals that require durability, support large screens and high resolution use surface acoustic wave type, etc. 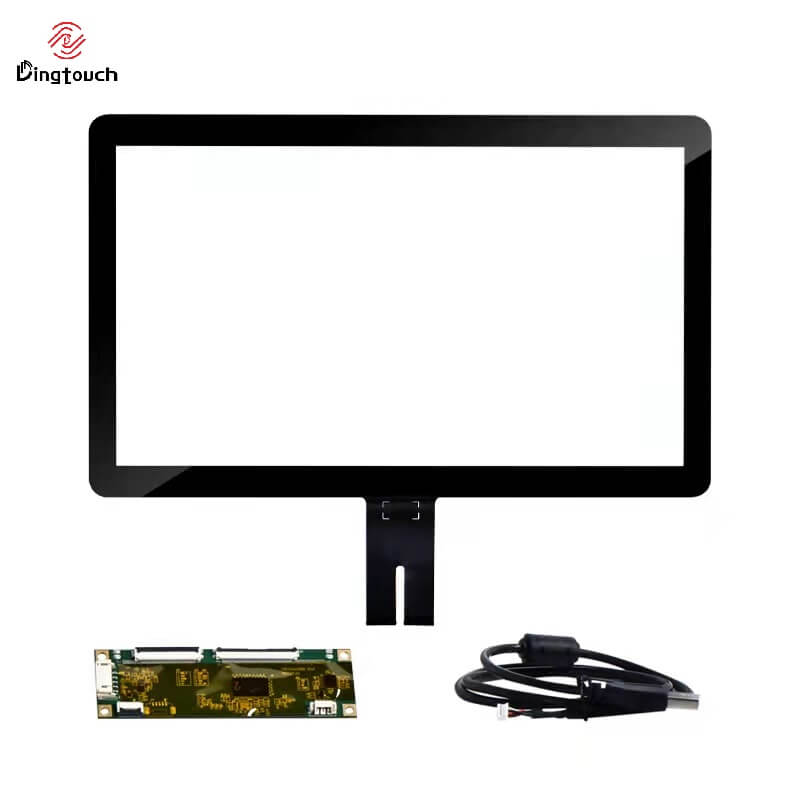 However, the above-mentioned methods have advanced at an amazing speed, and have gradually realized features that were impossible to achieve a few years ago. Not sticking to the past “common sense”, keeping abreast of the latest technological progress and development trends will be the key to flexible use of touch screens. From the perspective of technical principles, the touch screen is a transparent absolute positioning system, which has the following characteristics:

1. It must be transparent

The touch detection device is on the top of the display screen. First of all, it must be transparent. Therefore, the problem of transparency of materials must be solved. Therefore, its light transmittance and its anti-glare and anti-reflection properties are also relatively important. At present, the best light-transmitting material is glass. But when light passes through, the two surfaces of the glass will reflect 3% of the light respectively. That is, the maximum light transmittance of single-layer glass is 94%, which causes the light reaching the human eye to be lost.

When your finger touches where it is, the second action is not required. Unlike a mouse, which is a relative positioning system, the touch screen does not require a cursor, and the cursor will affect the user’s attention. Because the cursor is for relative positioning devices. To move a relative positioning device to a place, you must first know where it is now and in which direction to go. It is also necessary to constantly feedback the current position to the user at all times so that there will be no deviation. These are not required for touch screens that adopt absolute coordinate positioning. The second is to be able to detect the touch of the finger and determine the position of the finger. Various touch screen technologies are developed around detecting finger touch.

As a human-computer interaction interface, the touch screen has no real operating feel. It cannot have a force feedback response to pressing actions like a real keyboard. This is the biggest problem that plagues equipment manufacturers now. How to solve the problem that the touch screen has no real operating feel. Various equipment manufacturers are making corresponding explorations. Motorola has added a vibration function to the touch operation of the V8 flip phone as a feedback to the user’s successful operation. Apple implements force feedback on Apple computers by improving the physical structure of the screen. It is estimated that when the technology is mature, it will also be applied on mobile phones or MP3 devices.