Home > News > What Is The Type Of Touch Screen Technology?

What Is The Type Of Touch Screen Technology? 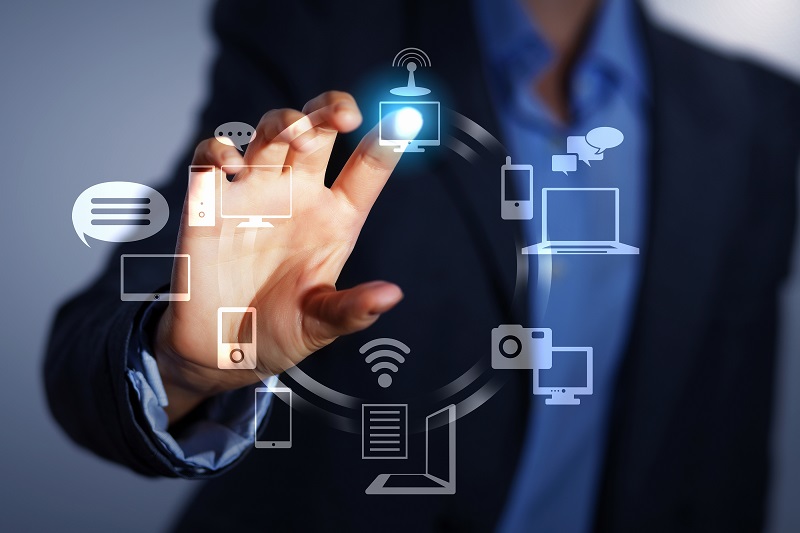 The development of touch screen

Touch screen, also called a touch-controlled panel, is an inductive liquid crystal display device that can receive input signals such as contacts. When the graphic buttons on the screen are touched, the tactile feedback system can drive various connected devices according to pre-programmed programs, can be wont to replace mechanical button panels, and use liquid display screens to make dynamic audio and video effects.

With the development of touch screen technology, the touch technology goes through from professional to popularization, allowing more people to use to touch screen monitor. Its input method has gone through four stages from the original paper tape, keyboard, to mouse, and then touch input. What’s more, the touch screen is an interactive input device. The user only must touch a particular position on the screen for a finger or a lightweight pen to control the operation of the PC. Therefore, touch screen technology has the characteristics of straightforward operation and versatile use.

Now the touch screen had already applied to many areas, expect to apply to personal portable devices, it also widely applied to household appliances, public information queries (such as banks, hospitals, power businesses, etc.), video games, smart home, industrial control, and so on. Although just about 10 years for development, it has become the most acceptable computer input method of ordinary people after keyboard, mouse, handwriting pad, and voice input. Use this technique. But this touch screen technology very convenient for our life, and it will attract many customers to buy a device with a touch screen.

Touch screen technology is the most common computer input method accepted by ordinary people after keyboard, mouse, handwriting board, and voice input. Using this technology, the user can operate the host by gently touching the icon or text on the computer display screen of his fingers, thus making the human-computer interaction more straightforward. This technology greatly facilitates users and may be a very attractive new multimedia interactive device.

What are types of touch screen technology?

1. Not interfered by current, voltage, and static electricity, very fit to apply in some harsh environmental conditions
2. Compared with other touch screens, the infrared touch screen will be cheaper.
3. Easy to install, don’t need any other PCB board or controller board, can be installed in any type of computer.
4. The response speed is faster than the capacitive touch screen because there is no capacitor charging and discharging process

Advantage:
1. Can be used in a harsh environment, not affected by dust, temperature, humidity. Because the resistive touch screen’s outer layer is plastic and the inner layer is the ITO glass.
2. Accurate positioning.
3. Cost-effective solution.
4. Suitable for wearing gloves and occasions that cannot be touched directly with hands.

Disadvantage:
1.Just can support one touch point, can’t support multi touch.
2.The outer screen film is easy to scratch.
3. Do not touch the screen with sharp objects.

Disadvantage:
1. just can through the finger or human’s skin or stylus with a charge to operate.
2. Sensitivity to EMI.RFI

Surface acoustic wave touch screen (SAW)
It is designed by using the characteristics of sound waves. Taking the X axis as an example, the control circuit generates a transmitting signal (electrical signal). The electric signal is converted into an ultrasonic wave vibrating in the thickness direction by the X-axis transmitting transducer on the glass screen. The ultrasonic wave is refracted by the wedge-shaped seat under the transducer to produce an edge. The component propagated on the glass surface. The ultrasonic wave is reflected when it encounters a 45-degree inclined reflection line on the way forward, and generates a component that is 90 degrees to the incident wave and parallels to the Y axis. This component is transmitted to the other side of the glass screen in the X direction and also encounters a 45-degree inclined reflection The line is reflected and transmitted to the X-axis receiving transducer in the direction opposite to the emission direction. The X-axis receiving transducer converts the recovered sound waves into electrical signals. The control circuit processes the electrical signal to obtain a waveform that characterizes the acoustic energy distribution of the glass screen. When there is a touch, the finger will absorb part of the sound wave energy, and the recovered signal will be attenuated. The program can analyze the attenuation to determine the coordinates of the touch point in the X direction. In the same way, the coordinates in the Y-axis direction can be judged. Once the coordinates in the X and Y directions are determined, the touch point will naturally be uniquely determined.

Advantage:
1. Just need touch, don’t need any press to control
2. Only one or no calibration after production
3. Can support multi touch
4. Wear-resistant, long life, low maintenance cost for users

Disadvantage:
1. The capacitive touch screen is easy to drift and cause inaccuracy when the environmental temperature and humidity changes
2. Easy reflective when applying in strong sunlight

Now I believe you are very clearly these five types of touch screen technology. You can according to your detail requirement to choose one type of touch screen for your project. As a projected capacitive touch screen manufacturer, we produce Pcap touchscreen/sensor glass/sensor film/, highly welcome to customize your pcap touchscreen. What’s more, our sales and engineering teams have at least 5 years of work experience in the touchscreen field. So please trust us, we will give you a suitable solution for your every project. And our pcap touchscreen panel mainly applies in industrial-control systems, medical devices, vending machines, automation, POS machine, and so on. So if you have any project need to customize the touchscreen panel. Come on! Contact us!