What Is PCAP Touch Screen?

What Is A Resistive Touch Screen?

In the past, most industrial control systems used resistive touch screens. Its main working principle is that two transparent layers are separated by a thin gap with a gasket. There is a conductive coating on the inside of each layer. When it encounters pressure squeeze, it will start the voltage to pass, so it can activate the contact point . It mainly uses pressure to make the touch screen work, unlike capacitive touch screens, it through the electrical characteristics of the capacitance to work. But the resistive touch screen has several disadvantages:

Easy to be scratched by tools

Can be worn over time in overused places

Due to the economic scale, sizes larger than 24 inches are not available

What Is Pcap Touch Screen?

Below we discuss some of the features that enable this technology to overcome past challenges.

In PCAP Touch screen, there are two main solutions for touch screen controllers, chip on the board (COB) and chip on the FPC (COF).

Chip on the board (COB), it is to make the chip and other components directly on a single PCB board. It allows the signal to be transmitted from the touch sensor to the PCB through the flexible printed circuit. Then, the IC firmware converts the capacitance data into digital touch position data, and then sends it to the host. For the larger size, generally will use COB solution.

Chip on the FPC (COF), it is to make the chip and other components directly on the flexible cable. In this case, the analog capacitance signal is converted to digital position data on the FPC, and the  serial interface will send data to the computer. If you want to use a small touch screen, then we recommend you to choose this solution, which is cost-effective.

Electromagnetic interference (EMI) noise can interfere with the accurate detection of touch events in the PCAP touch screen. If your product application environment requires strong noise immunity, then when choosing a chip solution, you should choose a solution with strong noise immunity. If you still feel that the anti-noise effect is not good in the later stage, you can optimize it through firmware.

In some special product applications, there may be an environment with water on the touch screen, such as raining outdoors. Water or rain may cause false touch problems. In order to avoid these problems, you can choose a chip solution that supports water touch, or make a layer of anti-fingerprint effect on the surface of the touch screen.  Because the working principle of water touch is very similar to the working principle of our people touching the touch screen.  Therefore, making a layer of anti-fingerprint effect on the surface is also a problem to prevent water from being touched by mistake.

PCAP Touch Screen can also support the touch of different gloves. For example, in industrial control systems or medical equipment, these product applications may require the touch screen can support with gloves. If you want to support touch with gloves, you can first according to the thickness and material of your gloves. We can match you with the most suitable chip solution. 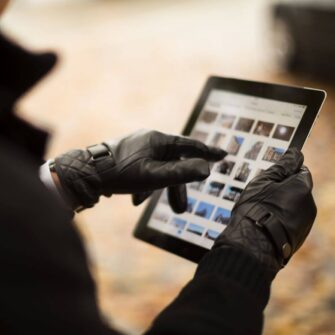 In recent years, with the development of science and technology, the latest PCAP Touch Screen has matured. It overcomes the challenges brought by thick gloves and harsh operating environments. Regardless of the IC controller, driver and firmware, there are great breakthroughs. The performance and accuracy of the capacitive touch screen have also risen to a level. It is estimated that in the future development, many resistive touch screens will be replaced by the latest PCAP Touch screen technology. I believe it will make our lives more and more convenient.